Two years ago I wrote about Google search and investor interest in SaaS Accounts Receivable Applications.  Since then, tremendous additional growth equity has flowed into the market.  In fact, the market is starting to look pretty picked over!

Take a look below at IDC’s MarketScape for SaaS Accounts Receivable Applications.  (I’ve added to the diagram publicly disclosed investments in the vendors): 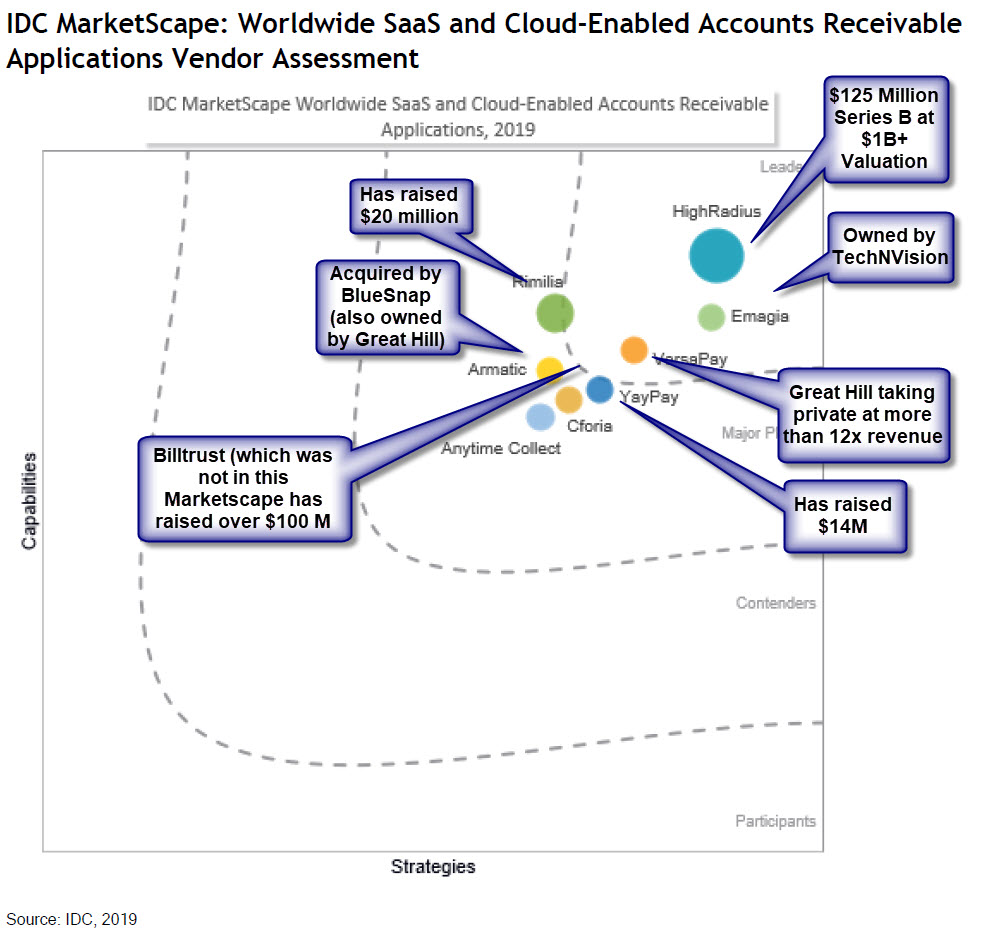 As you can see, most vendors have been acquired or taken substantial capital injections.

Most of these transactions are private, but one was of a public company, and one was of a UK company, so we can get some idea of valuation.

Great Hill’s all-cash offer to acquire VersaPay valued the company’s equity at C$126, representing a 64.5% premium to the volume-weighted average price of VersaPay Shares over the month before the offer.  Great Hill’s offer represents:

I wrote a more complete post about this acquisition here.

Rimilia raised £4.5 million in July 2019 and raised another £11.5 million just last week.  Unfortunately, we don’t know what percentage of the company this represented, so we do not know the company’s total valuation.  But here’s what we do know about Rimilia:

Catching up to Saas P2P Applications

For many years, the order-to-cash market lagged behind the procure-to-pay market in attracting capital.  While the total market cap of the sector is still well behind that of P2P, the gap is closing.