ServiceChannel and Periscope Holdings were bought by public companies (Fortive and MDF Commerce respectively).  As a result, we get a peek into the financials and valuations of two vertical B2B procurement SaaS vendors.

(Full disclosure:  I worked for ServiceChannel and consulted with Periscope many years ago, but the information in this post is solely from public sources.)

At a high level, the two companies have many similarities.  They both:

The companies and deals diverge from there.

ServiceChannel describes itself as a “contractor/service provider network coupled with leading maintenance and repair workflow software to serve facility owners and operators across multiple end-markets.”  The company describes its solution as follows: 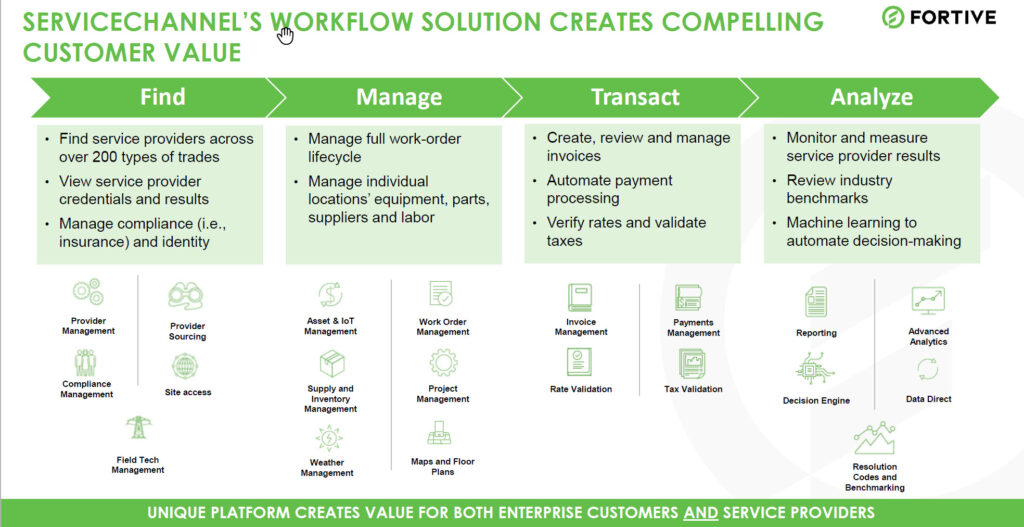 Fortive provided metrics on ServiceChannel in the following diagram:

Fortive paid $1.2 billion for ServiceChannel.  As a result, the company paid about 13x 2020 revenues and 10x expected 2021 revenues.  That’s a “Rule of 40” type price for a slightly less than Rule of 40 company.  It’s likely justifiable given the other assets Fortive brings to bear in the facilities space (e.g., Accruent and Gordian).  It may be one of those cases where everyone got a good deal.  Congrats to the Bayard Capital and Accel teams.

Periscope describes itself as a “fully integrated end-to-end procurement solution designed for state and local government agencies.”  I’d add that it is a solution for agencies and their suppliers.  As  ServiceChannel does, Periscope monetizes both buyers and suppliers.  State agencies (buyers) can either license the e-procurement software directly or elect to have suppliers pay a fee Periscope shares with the agencies.  The company also offers a bid notification product for suppliers.

Here’s a picture of Periscope’s offering: 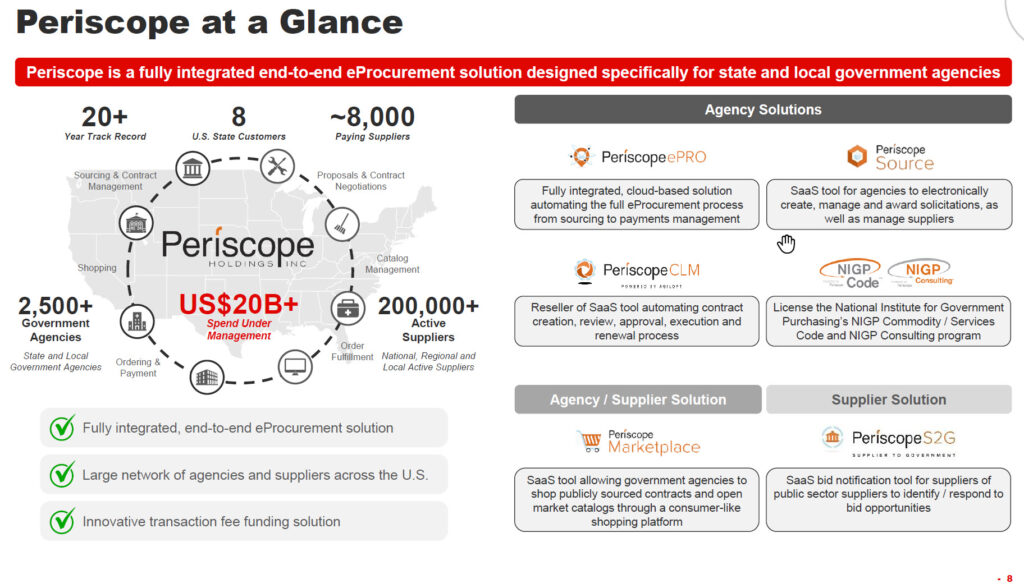 We have a much fuller picture of Persicope’s financials than ServiceChannel’s.  See the portion highlighted in yellow below: 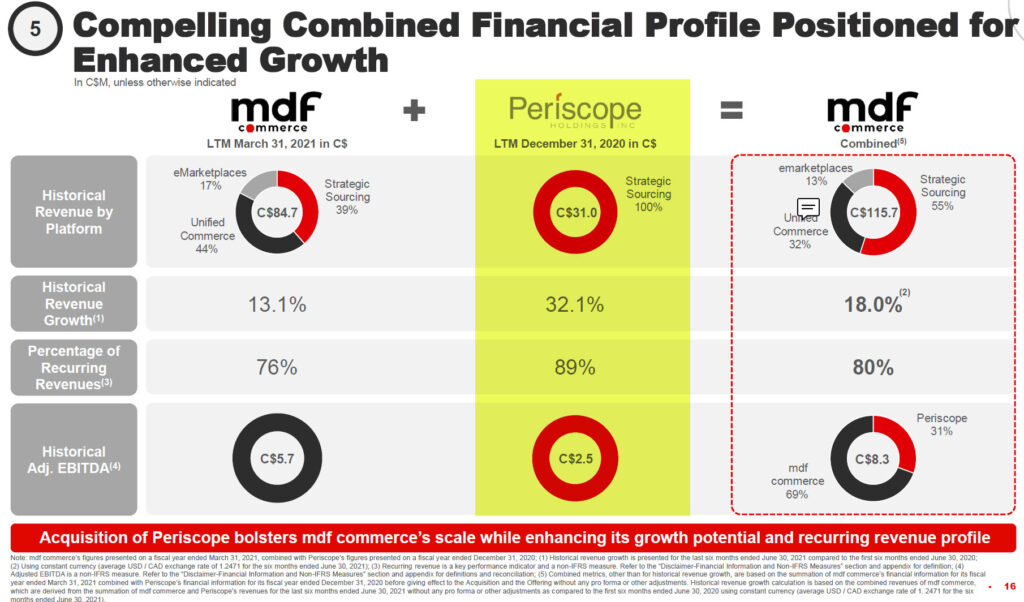 MDF Commerce expects to see both revenue synergies from cross-selling and cost synergies in a variety of areas.  (Persicope’s acquirer, is a major player in the bid notification business.  I have previously written about MDF Commerce when it was called Mediagrif.)  Both synergies seem logical, but logic is not execution, just as hope is not a strategy!  Congrats to Brian Utley and the team at Periscope Holdings.

Strategic acquirers are very active in facilities management and public sector SaaS companies, as well as among procure-to-pay vendors.  It’s no surprise to see two companies at the confluence of these areas get gobbled up.