You read that right.  Whenever I mention Mediagrif, a public company listed in Toronto (MDF.TO) and headquartered in Quebec, no one has heard of it.  When I describe what Mediagrif does, it seems even less believable.  But Mediagrif is an intriguing company and an increasingly interesting stock.

Here’s how Mediagrif describes its businesses: 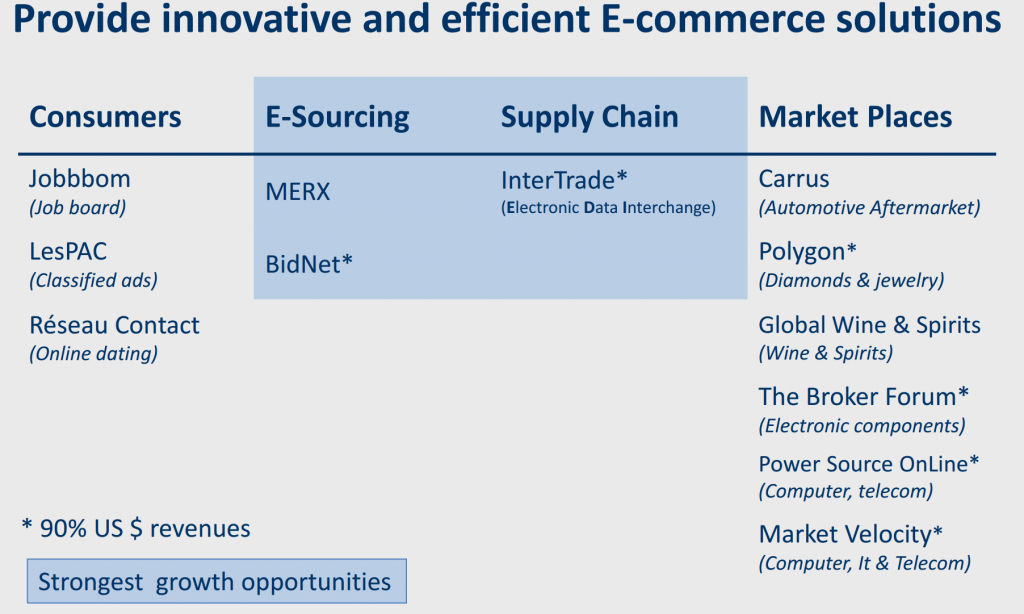 As you can see, Mediagrif is quite a collection.

If you are keeping track, I’ve just named four public companies that are “comparables”  to Mediagrif and that does not even include Mediagrif’s consumer sites!  (How do you say Match.com in French?)

Mediagrif is not a growth story.  After all, Mediagrif cites sourcing software and retail EDI as its growth opportunities. These areas are not exactly hotbeds of innovation!  Mediagrif has posted 9% annualized growth over the past five years–including acquisitions.  In fact, on an organic basis the company appears to be shrinking.

If Mediagrif can somehow find a little organic growth the company could, however, become a value story.  Mediagrif’s adjusted EBITDA is about 38% of revenue. The company has increased its dividend and cash flow and yet the stock has eased off its highs.  The stock now trades at about 17x earnings and yields about 2.5%.

At some point, perhaps Mediagrif will sell either the consumer or B2B businesses and unlock a little value–if there is value to be unlocked.  Unfortunately, the company does not report detailed segment data,  so I cannot do a “sum of the parts” valuation (no pun intended).

If Mediagrif holds on to this melange of businesses, an investment in their stock will be predicated on the company:

I think I’m going to nibble on the stock a bit right now (Fiscal Q4 earnings are next week), look for signs of growth, and see if the stock continues to sag. 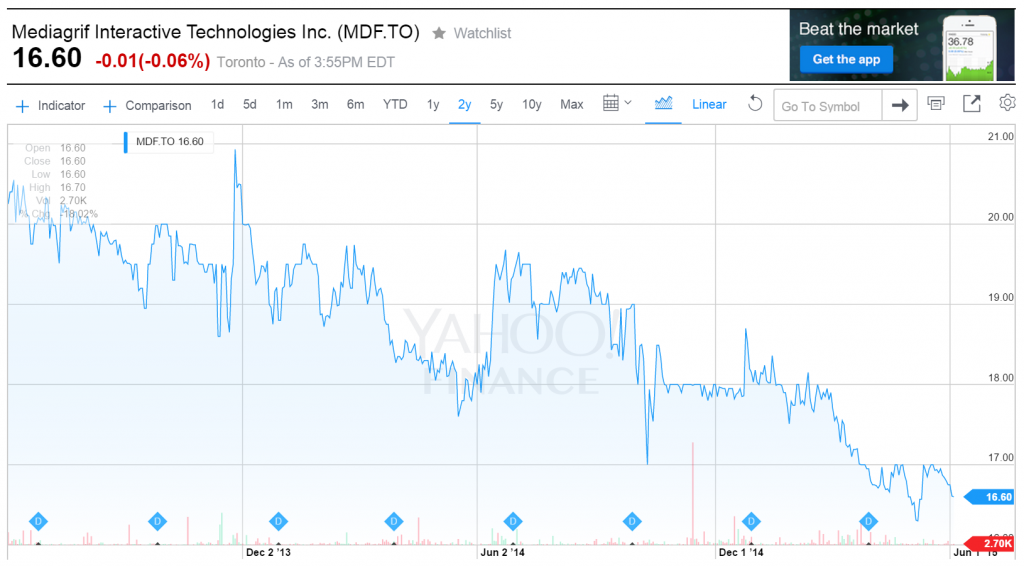