Behavioral economics teaches us that improving our decision-making processes requires looking back at our prior decisions.  Now is a good time to review the companies I blogged about in the first half of 2019 to check-in on their progress.

In January, I commented that while the e-sourcing market seemed pretty picked-over and commoditized, Scout RFP was raising a lot of money ($60 million) and making noise.  I suggested Scout RFP might be proving me wrong.  Well, Workday’s acquisition of Scout RFP this week for $540 million cash qualifies as proving me wrong!  This princely sum is a bit more than Ariba paid for Freemarkets back in the day.  No one is quite sure what Scout RFP’s revenue is, but one investment bank estimates about $15-$20 million, making the purchase price 25-35x TTM revenue.  All I can say is wow.

Also in January, GTY Technology, a collection of public sector software properties, including Bonfire, a Scout RFP competitor, went public. GTYH told investors it would achieve 138% growth in revenue in 2019, while delivering 43% growth in 2018.  I expressed skepticism, especially given that the public sector moves like molasses. I suggested I’d wait on the stock to see if growth faltered. 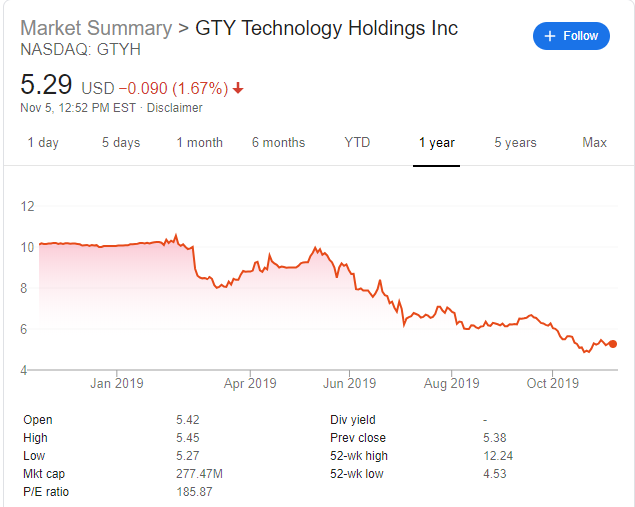 In February, I highlighted the enterprise platforms CB Insights and the New York Times suggested would be future unicorns.  These companies included:  Benchling, C2FO, Farmer’s Business Network, Onshape, and RigUp.  Here’s what has subsequently happened to those companies:

At the time, I suggested we check back in a few years to see if any of these companies were unicorns.  Two of the companies made unicorn status in a matter of months and a third was halfway there.  So much for slow and steady…

Also in February, I wrote about the weakness in the stock prices of two public, European procure to pay platforms, Basware and Proactis.  I made no call on the stocks which is just as well because they have both not budged since then.  Proactis’s price is virtually identical and Basware’s stock price has slid further.  Private market prices are apparently not contagious to slow-growth public market players.

In the next post, I’ll revisit the companies I wrote about in the 2nd half of 2019.