Recent news about Scout RFP raising a Series C round has me considering the e-sourcing software market.

I have never loved e-sourcing software as a business.  I used to jokingly say that e-sourcing tools had created enormous value, but all the value had been captured by buyers at the expense of:

Sure, Ariba had acquired Freemarkets in 2004 for $493 million in cash and stock.   But Ariba also acquired Trading Dynamics and SupplierMarket for $400 and $580 million respectively, in (cheap at that time) stock.  Many years later Ariba also acquired Procuri for $100 million.  That was a lot of dilution and cash for what ended up not being the primary value driver for the company.

Is E-Sourcing Software A Commodity?

I always felt e-sourcing technology was close to a commodity and certainly did not offer network effects.  It’s a very, very competitive market as these diagrams from the GTY Technology (Bonfire’s owner) investor deck and the Spend Matters SolutionMap show: 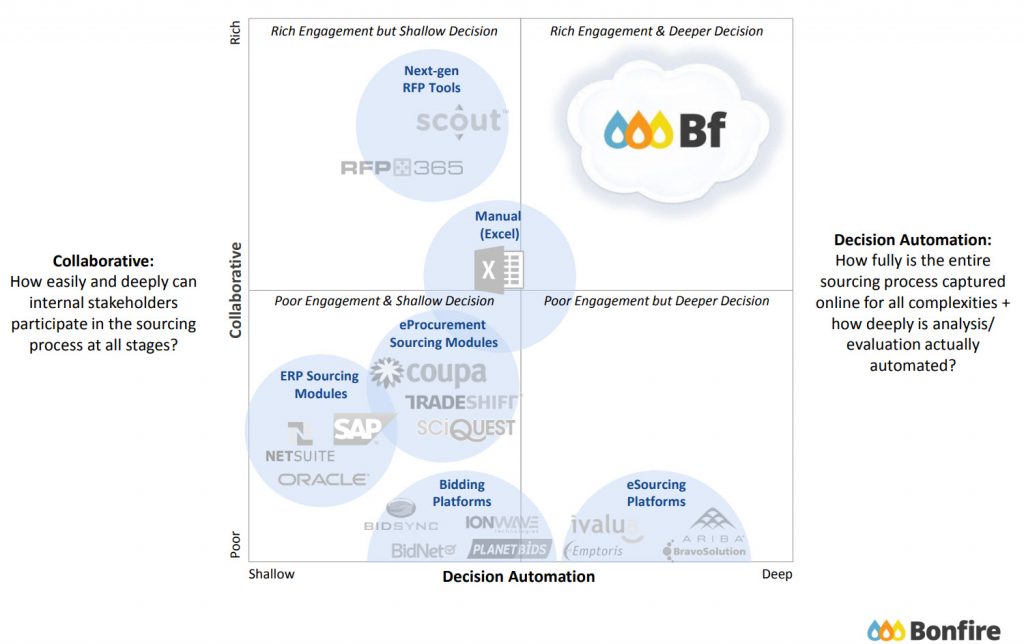 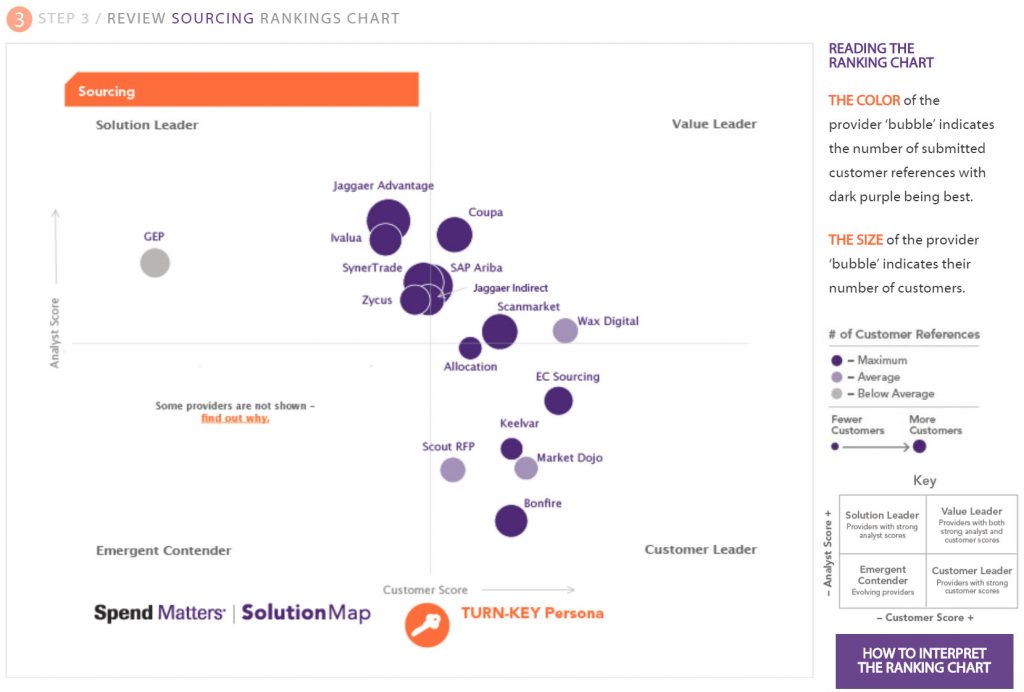 Jack Welch in his 2001 book, Straight From The Gut, pointed out that GE’s power systems division purchased “auction software from an outside firm for $100,000 and a pay-by-drink fee.  Jack Fish, the sourcing leader of our transportation business, liked the idea but didn’t want to spend $100,000-plus for it.”  So what did GE do?

“With a couple of Penn State students and some help from our software engineers in India, McNamee built a prototype in three weeks for $17,000.  Two weeks later, they held the first online auction–for industrial gloves….The other businesses picked up on it quickly–and we dumped most outside vendor auction programs for good.”

I feel about the e-sourcing market, the way Warren Buffet used to feel about airlines:

“Think airlines. Here a durable competitive advantage has proven elusive ever since the days of the Wright Brothers. Indeed, if a farsighted capitalist had been present at Kitty Hawk, he would have done his successors a huge favor by shooting Orville down.”
— Warren Buffett, in the 2007 Berkshire Hathaway shareholder letter

Scout RFP May Be Proving Me Wrong

The news this week that Scout RFP raised $33 million in Series C financing suggests a bunch of smart investors (e.g., Scale, Workday, Salesforce) disagree with me.  After all, this brings the total Scout RFP has raised to $60.3 million!

Admittedly, I do not know a lot about Scout RFP, but here’s what we do know:

I would love to know what Scout RFP’s enterprise valuation and ARR are.  We know the valuation is impressive, the ARR better be as well!

Next up more on Bonfire and GTY.