It has been fun and educational to watch the strategic sourcing market evolve over the past almost 25 years.  It followed a path from:

It’s a great example of a market that created enormous value for many of its participants, with most of this value being captured by buyers–not technology vendors, and certainly not suppliers!  In that way, the strategic sourcing market has always reminded me of the airline industry–great fares and relatively convenient travel for us consumers and zero profits for almost the entire industry since its founding.

As with any commoditized market, later entrants have tried to distinguish themselves with specialized expertise or commodity knowledge.  Examples include:

This specialization seems to have been taken to a new level by a new vendor, Lumere (formerly Procured Health, who recently raised $4 million in their Series A round according to VentureBeat.

Lumere (formerly Procured Health) is a strategic sourcing platform not only specific to the healthcare space, but specific to one spend area within this space, medical devices.  It is a huge spend area ($150 billion according to the above-mentioned article) and one that has been knotty to solve, as:

Procured Health clearly understands the sensitivities of this category and offers various features to try to get consensus.  Their website mentions that their tools can: 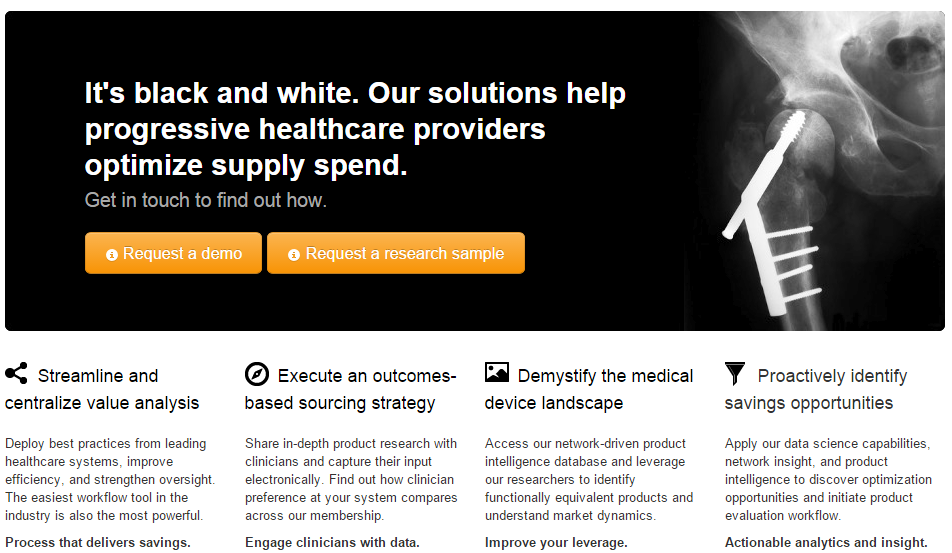 But my favorite part of the Lumere (formerly Procured Health) pitch is the unapologetic, some would say politically incorrect, way they take on the issue of supplier economics.  For a while, there was a backlash against these tools and providers had to be careful to emphasize supplier friendly features such as “expressive bidding”, and downplay reverse auctions.  But these guys do not mince words.  Again from their website:

The pressures to drive down healthcare costs and improve outcomes will not abate any time soon.  It will be fun to see if Procured Health can play a role.

(By the way, here are a couple bad medical device sourcing jokes I hope the folks at Procured Health can use: