CB Insights Research and the New York Times recently collaborated on a study to identify 50 Future Unicorns.  As the study says “To identify companies, we used our Mosaic algorithm, a metric that combines a company’s financial health, the amount of traction it has, and the strength of its market.” CB Insights claims to have used this algorithm in a similar 2015 study and achieved a 48% success rate of predicting unicorns.

I’m not going to opine on the nature of the Mosaic algorithm, but welcome to a review of the 50 Future Unicorns from the standpoint of an enterprise software platform nerd. 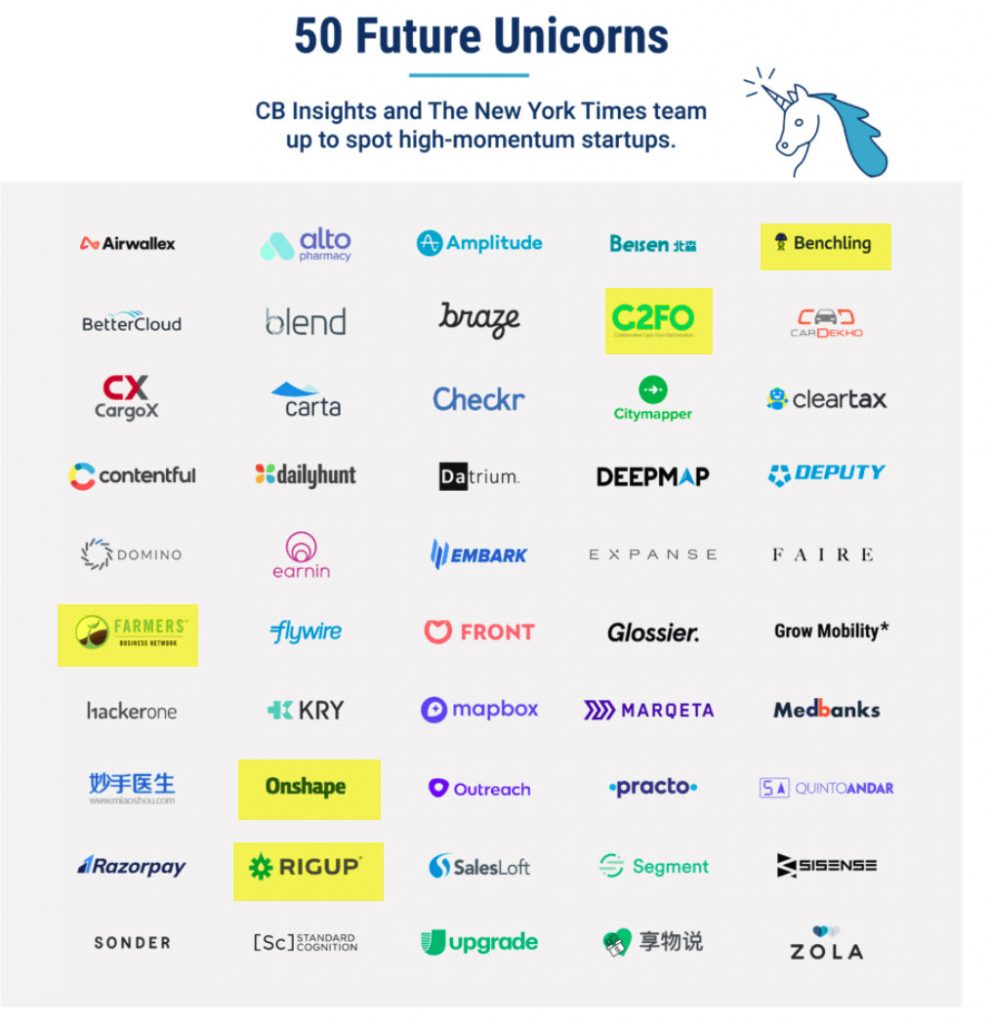 Because I’m only interested in B2B platforms, I’m not covering the 50 Future Unicorns involved in:

I’m focusing on the companies highlighted in yellow in the graphic above:  Benchling, C2FO, Farmer’s Business Network, OnShape, and RigUp.  These companies seem to be true B2B platforms or have the potential to be.

Benchling is a collaboration management tool for biologics R&D.  This means biotech researchers in academia or industry. The application is designed to facilitate work at the intra-enterprise level.  But I’m not sure if it is also designed for inter-enterprise collaboration.

C2FO’s presence on the list of potential unicorns surprised me.  However, according to the spreadsheet of companies on the Future 50 Unicorns list, C2FO raised the second highest sum of money of any company on the list ($200 million).  That’s a lot of moolah!

C2FO is focused on dynamic discounting.  (In dynamic discounting, the early payment capital is provided by the buyer, rather than a third party.)  The company seems to have monetized what always appeared to me to be just an additional feature of the e-invoicing networks.  Fortunately for C2FO, none of the major B2B/Invoice networks made much progress selling to the treasurer in their accounts, thus leaving the door open for C2FO, Taulia, and others.

Several companies in the supply chain finance market (e.g., Orbian, Demica, Prime Revenue) have been around a long time. None have achieved anything approaching unicorn status.  But then again, none of them raised $200 million!  Unicorn status would be an incredible achievement for C2FO. 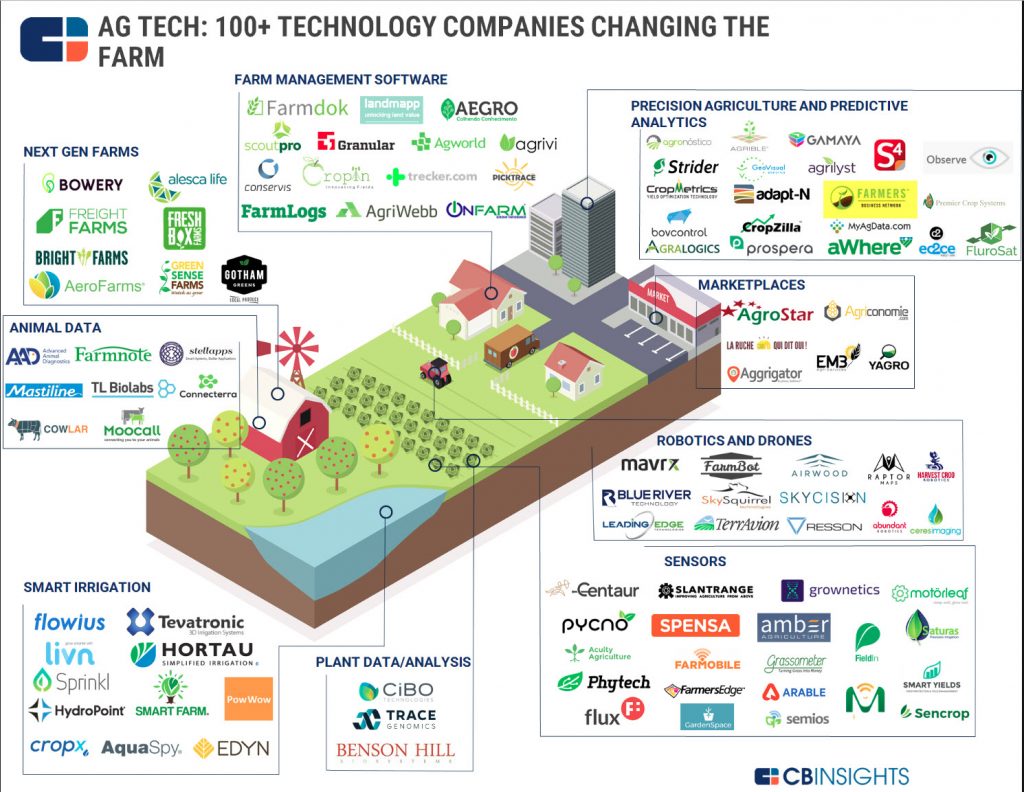 Manufacturing companies are becoming model-based enterprises.   That’s where Onshape plays.  Onshape offers cloud-based CAD used to create 3D-models.  Onshape appears to have moved to the cloud faster than the incumbents (e.g., PTC, Dassault, and Siemens among others) and built a good mousetrap that is compatible with all of them.  The company may be able to facilitate intra- and possibly inter-enterprise collaboration on complex product design better than some of the incumbents.

RigUp is a marketplace for contractors in the oil and gas space.  I had never heard of RigUp before, but the company appears to offer several of the Nine Value Propositions of B2B platforms: matchmaking, credentialing, and transaction financing.  RigUp is an interesting “kissin’ cousin” to the companies like Avetta and Browz that have been in the news lately.

Aviation maintenance and repair contractors (MRO) would also seem to be a good vertical for a possible labor marketplace (if someone is not already doing that)!

Let’s check back in a few years and see which of these enterprise software platforms indeed became unicorns!