Until a B2B Network catches on, the metrics can be gloomy.  (The first few years of the Ariba Network were pretty dismal, for instance.)  The result is that for the first few years of a B2B network’s life you tend to see silly press releases from these networks touting their growth in all manner of odd metrics:

In fact, you typically see just about every metric you can think of, except the ones that matter:  flow through, take rate, and participation.

I’ve been critical of these bogus metrics in the past here and here.  So when a small network provides some real metrics, they deserve credit. 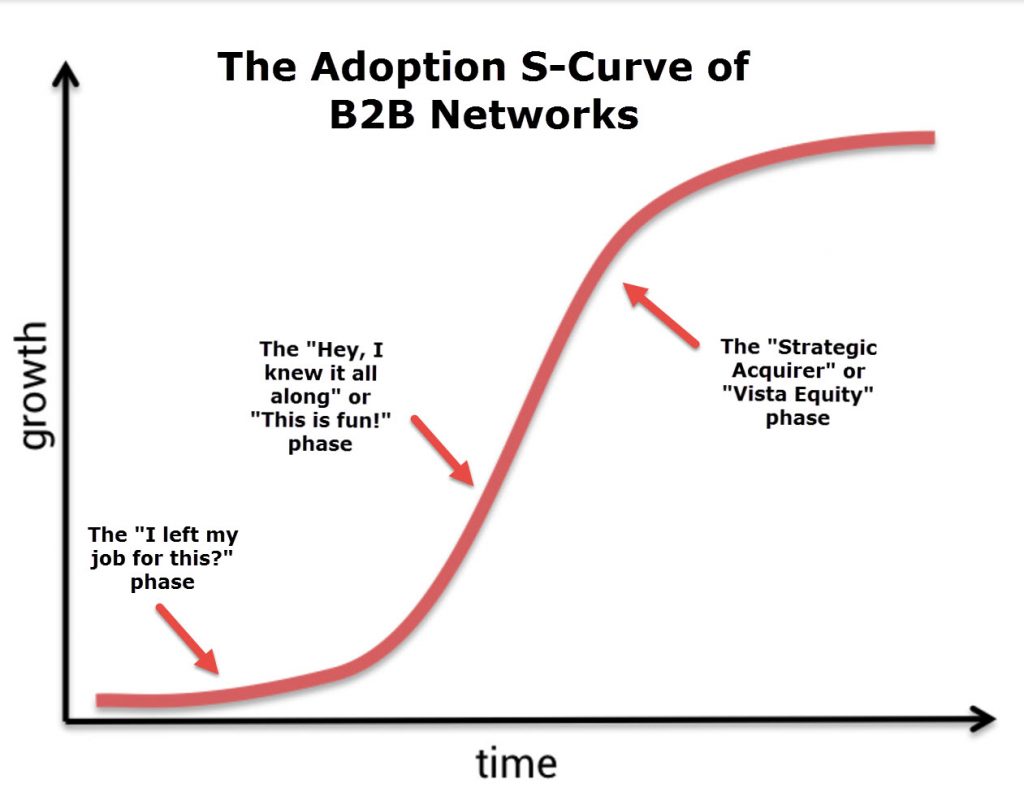 Taulia took a big step last week by giving us some real metrics for the first time I can recall.  (Perhaps the company was encouraged and/or prodded by the release of Coupa’s S-1.  You should read that document or this post if you have any interest in B2B networks.)

The key metrics Taulia disclosed in their press release were:

The company also disclosed the more traditional “fuzzy” metrics such as new partnerships (albeit impressive ones), doubling of bookings, 100% renewal rate, etc.

How To Interpret Taulia’s Metrics

Taulia:  May We Have More, Please?

The problem with providing some meaningful metrics is while you get a few kudos jerks like me are never satisfied.  (Apparently, neither was Alexander Hamilton.) So I want more metrics:

(Please note: I would not disclose any of this if I were Taulia, but it cannot hurt to ask!

Taulia seems well on its way towards critical mass, which is no mean feat.  Congrats!  Now the question will become what is Taulia’s “take rate“?  Right now, Taulia seems to charge buyers and not suppliers.  Taulia will either need to get enough per invoice from buyers to make it all worthwhile (not an easy task) or get a share of that early payment discount and move a lot more early payments through the system.  I suspect they are working on both.