Basware is a public company listed on the Helsinki exchange.  Though I have included the company in some previous blog posts (here and here), I have not, until now, given the company its due.

Basware can, oversimplistically, be thought of as a procure-to-pay suite vendor (in Gartner’s leadership quadrant) plus an e-invoicing network. The company has been successfully making two transitions simultaneously:

Here’s some data on these transitions from the company’s investor deck: 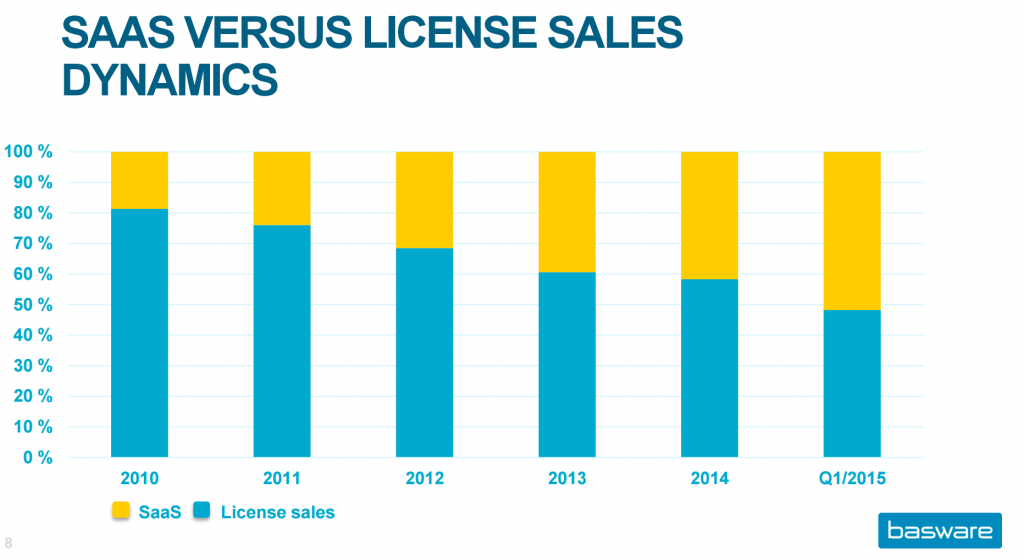 As you can see, SaaS revenues now account for more than 50% of sales.

The company’s e-invoicing network is growing about 30% annually and now accounts for about 33% of sales. 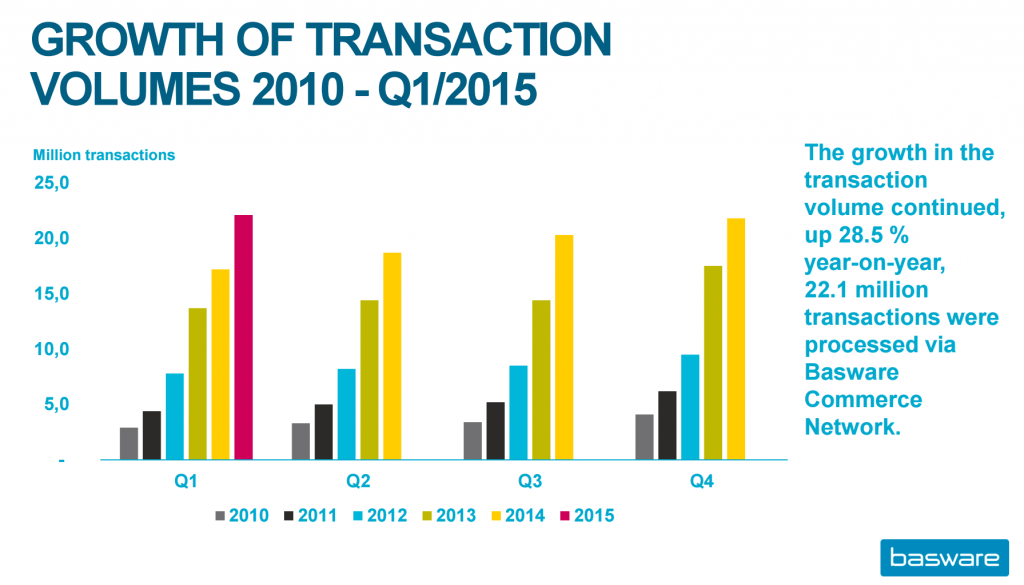 Investors have taken note of this transition, with the stock doubling over a 3 month period in early 2014 and holding on to that gain ever since: 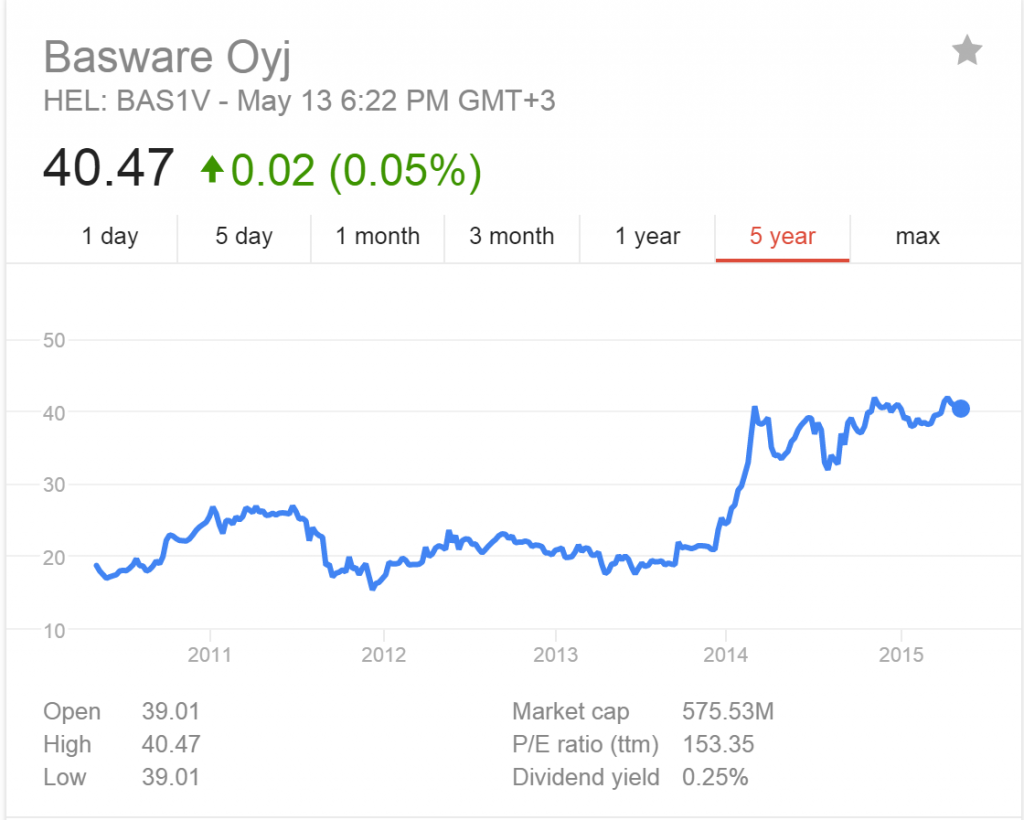 What about Basware’s valuation?

An interesting way to consider Basware’s valuation is to consider it as a combination of two other public companies:  Sciquest and Tungsten.

Sciquest is a reasonable proxy for the procure-to-pay portion of the Basware business.  Sciquest’s procure to pay business is a little bigger than Basware’s and is (I think) all SaaS, so it should be worth more than this portion of Basware’s business.  Sciquest has a current valuation of about $435 million, well below its high.

The best public proxy for Basware’s e-invoice network is Tungsten.  The Tungsten network appears to be a similar size to Basware’s, but less profitable, and showing less growth.  Advantage Basware.  Tungsten’s market cap is about $2oo million, well below its high and after a big additional decline on 5/15. (And it keeps falling.)

If we add Sciquest plus Tungsten, we get $635 million in market cap.  Basware has a market cap of about $650 million.  Apparently stock markets are sometimes efficient! 😉

A couple of points to consider in favor of Basware being undervalued:

The case for Basware being over- or fairly valued is twofold:

Based on this simplistic analysis, the stock certainly does not appear to be overvalued.  I don’t own it, but it bears watching closely.