UK-based PE firm Pollen Street Capital is buying Proactis, a public procure-to-pay company in the UK.  I have written about Proactis here and here.

I hate to be snarky, but if you follow the procure-to-pay market you will know that Proactis (largely by virtue of its Perfect Commerce acquisition) has become a graveyard of small procure-to-pay companies.  Predecessor companies include the following:

When I wrote about the company in 2018, Proactis had a market cap of £100 million, revenue of £52 million, and EBITDA of £17 million.  By early 2019, the market cap had dropped to about £50 million and the PE firms were getting interested. 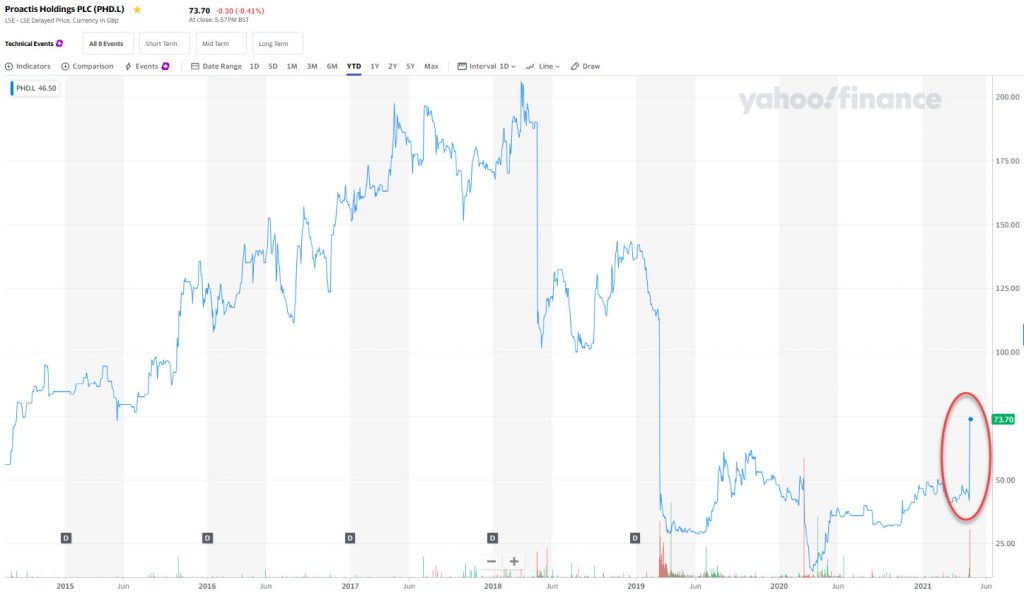 Pollen Street Capital offered shareholders 75 pence per share for Proactis.  The company’s stock was trading pre-deal for about 42 pence, so that was a nice premium for recent shareholders.

The key metrics for the deal are as follows:

The PE firm bought Proactis for less than 2x revenue and about 6x adjusted EBITDA.  These valuations are consistent with a “fixer-upper”.

Proactis has many well-known brands buried in there, some great people and customers.  Pollen Street Capital presumably has plans to help return the company to growth and rationalize some of its platforms.  If it does so, it will build substantial value for its investors.