I had a hard time deciding on a title for this post.  If I called this post “SaaS Subscription Management” software, you would have rightly thought it was about the companies that provide subscription billing applications.  This market comprises companies such as Zuora, Recurly, and Chargebee.  It is a very interesting market, but that is not the subject of this post.

I entitled this post “SaaS Spend Management Market.” In doing so, I may have misled you into thinking this post is about companies such as Ariba, Coupa, or Jaggaer.  After all, those are SaaS companies that sell spend management software.  But that’s not right either.  Instead, this post is about the hot category of SaaS applications companies use to manage their spend on SaaS software itself!! 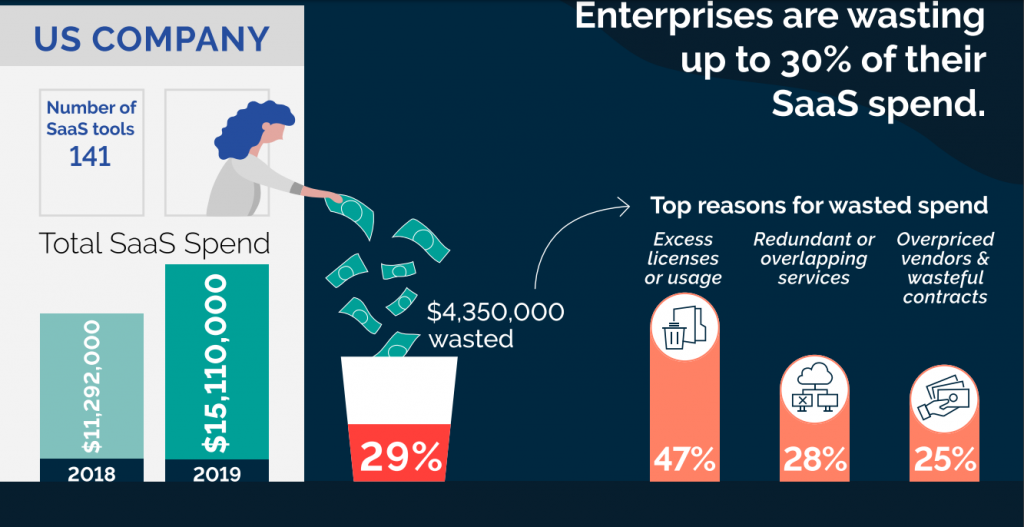 In actuality, this category of SaaS spend management software has existed for some time in areas such as managing library subscriptions and market data.  The first company I met in this market was called The Roberts Group and is now called TRG Screen.  TRG Screen evolved from tracking use of market data such as Bloomberg terminals into the broader market of SaaS Spend Management. A bevy of well-funded competitors have joined TRG Screen:

G2 Declares Itself The Leader in SaaS Spend Management!

Who leads the market for SaaS Spend Management?  According to G2, the SaaS application review site, G2’s own entry in the category, G2 Track, is the clear leader!  Yes, that’s right.  G2 which “takes pride in showing unbiased ratings on user satisfaction” and says it “does not allow for paid placement in any of our ratings” places its own product first on the list and puts its application way above the competitors’ applications (with higher, though fewer, ratings).  Here’s the chart: 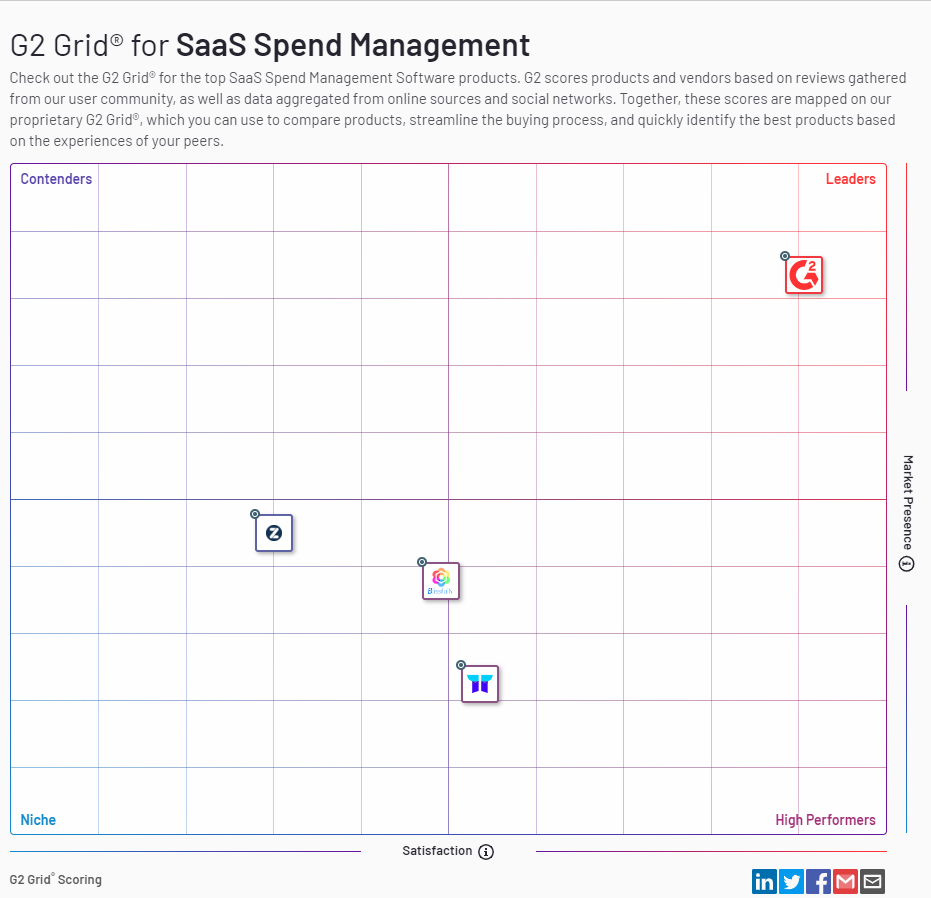 How do G2’s Competitors Assess the SaaS Spend Management Market?

G2 has three main competitors in the software review space:  Software Advice (now owned by Gartner), Trust Radius, and Capterra.  (The software review market is yet another ancillary market spawned by the proliferation of SaaS applications.) So what do G2’s competitors say about G2 Track’s position in the market?  Would it surprise you if I told you that G2 Track does not exist on its competitors’ websites?  Yes, that’s right on its parent company’s website, G2 Track is the clear leader. On competitors’ websites, G2 Track does not exist.

So much for the review sites. If you are interested in the SaaS Spend Management market, you are going to need to do your own digging!