Agencies that are not Agents. Principals without Principle?

But, there is no example more interesting than that of the advertising agency. 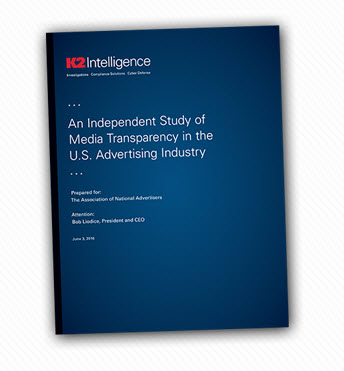 Few industries have seen as much turmoil as ad agencies.  In the old days, creative services were cozily bundled with media buying.  These two were separated long ago.  Then came the Internet, which changed not only the media that needed to be bought, but how they were bought–using exchanges for instance.  (Think Google Adwords!)

In separating creative services from media buying, the nation’s largest advertisers thought they were getting more transparent fees from ad agencies, but the advertisers had their suspicions.  So, the advertisers took the rather extraordinary step of commissioning an independent study of ad agency media buying practices.   Think about that for a moment:  the clients banded together to see if their suppliers were screwing them!  Only in advertising!!

The advertiser’s study resulted in a rather explosive report showing ad agencies had found a myriad of  “sanctioned-from-the-top” ways to hide rebates and other mark-ups from their customers.  It also demonstrated that advertisers and ad agencies were not on the same page as to whether agencies were supposed to be acting on the advertiser’s behalf or simply abiding by what was in the contract.

To pad (they would say “save”) their bottom line, ad agencies employed several techniques including:

Remarkably, one rebate I was sure would be highlighted in the report was omitted:

They Missed the P-card Rebate!

Several ad agencies use purchase cards, or virtual cards, to pay media suppliers at the end of an extended payment term.  This form of payment can mean total fees of up to 3.5% to the media supplier. Of this 3.5% fee, typically about 1.5% goes to the media agency in the form of a rebate.  I suspect most, if not all, of this rebate is not passed back to the advertiser.  Granted, 1.5% is a small amount relative to some of the other rebates mentioned in the study, but this rebate can be applied to a lot of media spend!

(To be fair, many advertisers have extended their payment terms to agencies which forces an agency to use its own cash to pay the credit card bills before the advertiser has paid the agency.  In this case, the agency has “earned” some of the rebate.  On the other hand, many agencies have, in turn, extended payment terms to the media suppliers, so the poor media suppliers are getting screwed twice:  they have long payments terms and still pay interchange fees! By the way, this perverse form of “trickle-down” payment terms has created opportunities for companies, like FastPay, who pay media suppliers quickly at more favorable rates than agencies will.)

When agencies are asked what drove them to this kind of non-transparent behavior, agency personnel typically point to the pricing pressure procurement organizations have put on agencies to reduce costs.  This pressure has supposedly forced agencies to find other means of finding income.  I have noted this phenomenon of suppliers finding nefarious, little ways to ease pricing pressure from buyers here, but still there is no excuse for it.  As a marketing executive at a major global advertiser reported:

he was aware that agencies “blame clients for squeezing them on payments and extending payment terms … But,” he argued, “that is separate to the need to find a better model for transparency.”

The Need for Transparency:  Check Your Principals

To be clear, neither I, nor the report, are saying illegal stuff happened here.  (Though there may be contract breaches or breaches of fiduciary relationships, according to an article in the Wall Street Journal.)  This problem is about transparency, or the lack thereof.

In many spend categories, ranging from print, to logistics, to facilities management, to outsourced chief investment officers, companies have outsourced or outtasked their spend to others who are acting as a principal on their behalf.  In many cases, these relationships and their underlying economics are quite transparent.  After all, the market has forced them to be that way.  However, in many industries and spend categories, the market pressure for transparency is not as strong.

A good sign that transparency is lacking in a market is when you see:

In these cases, you should check with your principal to make sure you understand their:

In the end, it’s just a good procurement practice.

And by all means, as a buyer, get your fair share of p-card rates from your spend.