The billing and payments associated with upstream oil and gas field services have been an area I dabbled in during my Ariba days and have kept an eye on since.  It’s a gigantic area with many attractive aspects:

This field (pun intended) seems like it should have produced a gigantic B2B network.  But, so far, it has not for a variety of possible reasons. 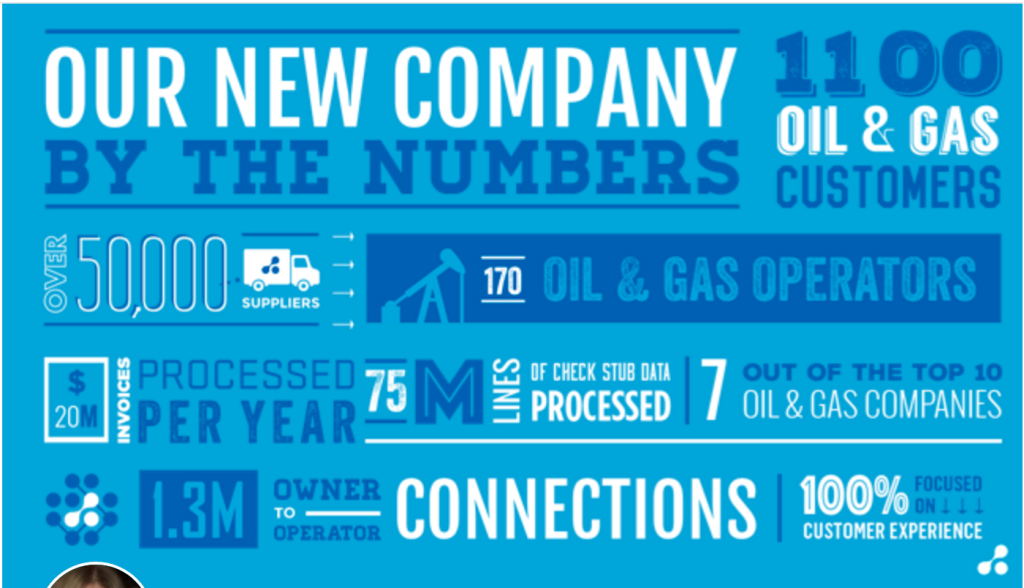 An expert in the industry recently informed me that Accel-KKR had invested in Transzap which is the owner of a company better known as Oildex.  (I love the name game in this industry–it is so big that everyone needs two names!)   Accel-KKR, as you may know, is no longer associated with either Accel or KKR.  But I digress.  Oildex is a player in oil and gas ePayables, as well as other payments information related to oil and gas partnerships. It’s not clear to me if they actually do the payments themselves, but they do mention on their website early payment discounts. Oildex also mentions being associated with $180 billion in transaction data. Again, not sure exactly what this means, but I do know that 5 basis points on $180 billion is the start of a nice business!  Add some supplier financing to that revenue stream and voila, we are talking real money.

Accel-KKR had great success building a different kind of platform business in foodservice with iTradenetwork. Part of the strategy in that industry included consolidation of failed consortia.  Perhaps the same strategy applies here.  It is certainly long overdue.