Avidxchange, one of the biggest and oldest players in AP automation (it started in 2000) filed to go public.  Competitors include:

Avidxchange targets the mid-market, which the company defines as the 435,000 companies with revenues between $5 million and $1 billion.  With a current client base of 7,000 buyer customers, the company sees plenty of upside.  The company believes the SMB market and Enterprise market are better served than the mid-market.  Avidxchange is probably right.  After all, you have Bill.com and Quickbooks at the SMB end of the market and SAP, Coupa, etc. at the enterprise end.  Think of Avidxchange as the Hubspot or Netsuite of AP automation.

The company’s S-1 is a very useful guide to AP automation.  The company lays out in detail the distinct processes of invoice management and payments execution. 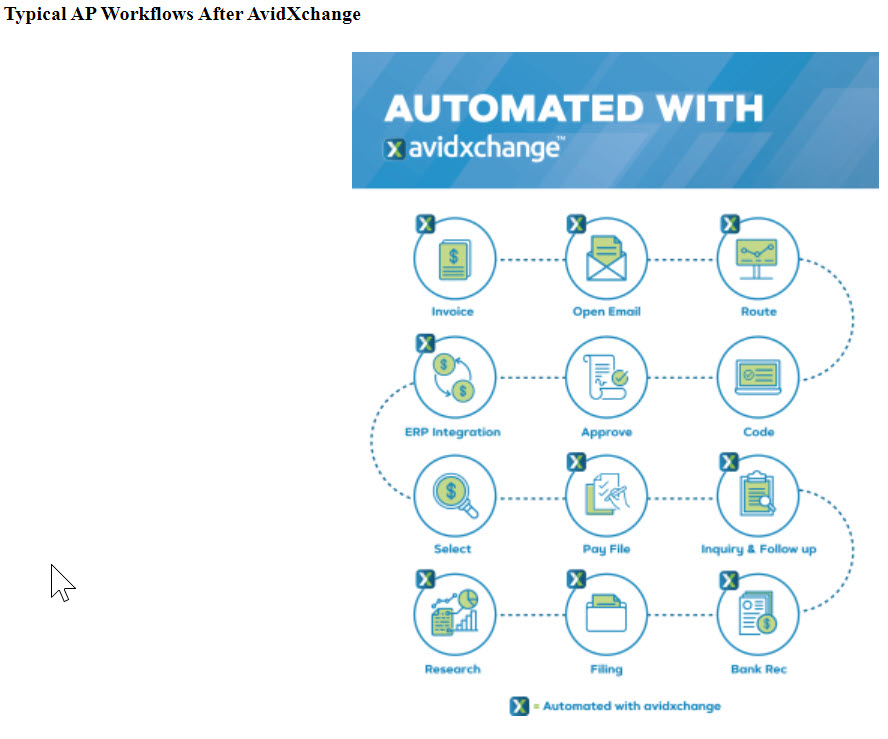 This distinction is important because some competitors (e.g., WEX, NvoicePay (Fleetcor), CSI, and Paymode-X) only play in payment execution, while others offer a complete invoice-to-pay solution.  It’s also an important distinction because Avidxchange derives revenue in two very different ways:

The basic premise of the company’s business model is captured in the CEO’s letter to shareholders: it’s to manage the AP process for middle-market companies, upsell them on AvidPay, and monetize the payments via supplier fees for electronic and/or early payment. 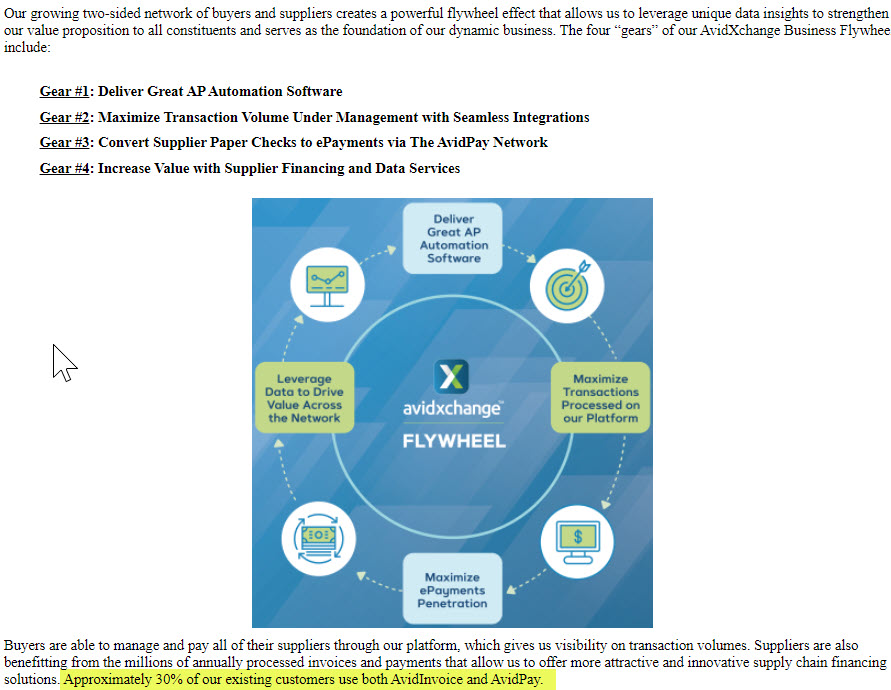 I’m responsible for highlighting that last sentence.  Note that AvidPay’s penetration is much lower than AvidInvoice’s.  AvidPay is ideally a faster-growing and more profitable business.

There are many yummy metrics in the S-1, though some are a little wonky. Key financial metrics are:

This one will be really fun to watch in the public markets.  It’s a revenue leader in a super-hot space and it has substantial scale in that market.  And yet.   Right now, it is more of a tech-enabled service than a SaaS offering and it still loses money despite its substantial scale.

AP businesses that make most of their money on payments are like mining businesses.  You have to solve a big problem for the customer (all of those paper invoices) to get to the right to manage payments.  Then you have to mine through all of the payments to convince suppliers to accept something other than checks.  It’s a lot of digging for the gold–which are payments on which you can charge basis points.   How fast, and how profitably, Avidxchange gets to the profitable payments will determine whether or not it is a great investment.

The heading for this last section is not a coincidence.  The valuation Avidxchange receives will also shed light on the valuation of Bottomline which has an Avid-like business within it in the form of Paymode-X.  It will also push Bottomline to be more forthcoming about that business.