AppLovin makes its money in mobile games, in-app purchases (IAPs), and adtech.  Three topics in which I have no interest.  But I had to write about AppLovin for two reasons:

b) it’s named AppLovin.  (Yes, the name is inspired by McLovin from the movie Superbad.)

AppLovin as a Multisided Platform 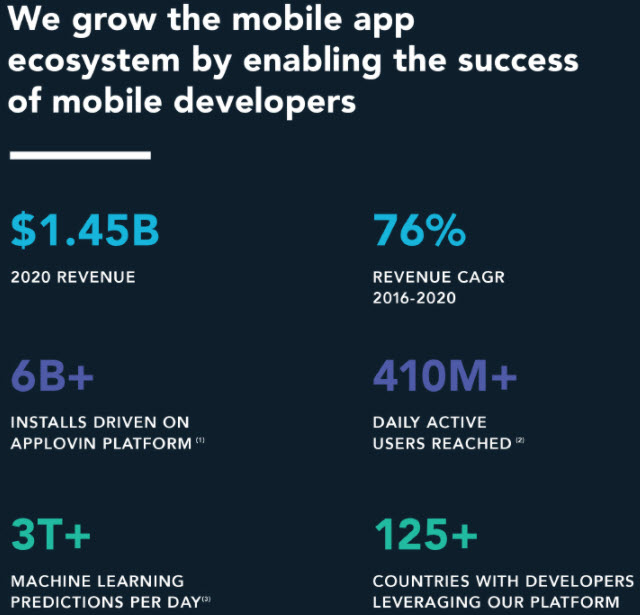 AppLovin runs a platform that connects at least three parties:

AppLovin has spent $1 billion over the last three years buying game publishers.  As a result, the company runs a platform and has its own apps.  (This is similar to Microsoft owning Windows and Office or owning Xbox and its own games.  (Both of which Microsoft does.) 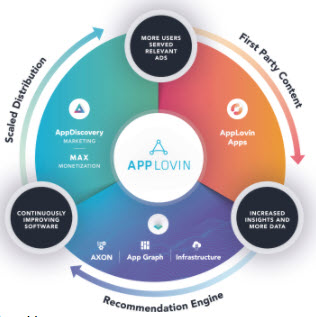 The mutually reinforcing combination of our Software’s scaled distribution, our Apps’ first-party content, and our Core Technologies’ recommendation engine creates a powerful flywheel effect… As our Software improves and is able to deliver more effective ads to more relevant users, more developers use and integrate their apps with our Software. With growth in the number of users on and engagement with our Apps and third-party apps, our App Graph gains more insights and data to feed our AXON machine-learning recommendation engine. This enables AXON to make more relevant recommendations for each user, enhancing the effectiveness of our Software in real-time. Better Software leads to more developer demand, restarting the virtuous cycle of our strategic flywheel.

In other words, AppLovin is saying “we have a bunch of successful games, which helps us perfect the software necessary for you, the game developer, to market and monetize your games.  And as our network of gamers grows, we become more attractive to advertisers.”  It certainly sounds plausible, though AppLovin does also seem to be competing a bit with the “third-party” game developers on its platform.

AppLovin’s S-1 is not long on detailed financial analysis.  The company reports as one segment, making it difficult to track the revenue and profit drivers.  What we do know is the following:

Fifty-one percent of $1.5 Billion in revenues come directly from consumers.  This revenue grew 86% in 2020. AppLovin offers consumers 200+ free-to-play mobile games.  These games make money, in part, by selling in-app purchases (IAP) “of virtual goods used to enhance gameplay, accelerate access to certain features or levels, and augment other mobile game progression opportunities for the user.”  AppLovin’s 2.1 million active monthly users spending an average of $41 a month provides half of AppLovin’s annual revenue.  Just two of AppLovin’s 200+ apps generated 31% of the total company revenue in 2020.  This means these two games were 60% of consumer revenue.  (The games:  Matchington Mansion and Wordscapes.)

We are told that across these three segments, 172 Enterprise clients averaged about $4 million in revenue per client in 2020.  These clients also had net revenue retention of 118%.

Seventy-one percent of business revenue comes from advertisers buying inventory on AppLovin’s own apps (the third bullet above). If we add the consumer revenue to this ad revenue, it seems that 85% of  AppLovin’s revenue comes from its role as a publisher of its own games, and only 15% from the software platform part.  This is not what I expected from the narrative portion of the S-1!

Coopetition with a few other Platforms:  Google, Apple, and Facebook

AppLovin competes and partners with Google, Apple, and Facebook.  (Facebook and Google are even Enterprise Clients.)  After all, Google and Apple have a chokehold on the sale of mobile apps/IAPs and they offer their own tools for developers and advertisers. As noted above, AppLovin has to pay the payment processing fees that prevail on these platforms.  AppLovin also has to live by Apple’s changing policy on privacy, which may also hurt its business.

The more I looked at AppLovin the more I realized:

-as such, it’s highly dependent on hit games and on dancing with elephants– the mobile app marketplaces and ad networks.

You know what happens when you dance with elephants!