Gartner recently published its 2019 Magic Quadrant for Procure-to-Pay Suites.  Once again, I have superimposed valuation information onto the Magic Quadrant.  (I still don’t understand why Gartner has not varied the size of the “dots” to add more information to the charts.  For instance, each vendor’s dot could be sized in proportion to their NPS scores, revenue, or valuation.  See Spend Matters’ Solution Maps.)

Let’s get straight to the money shot and then a little commentary. 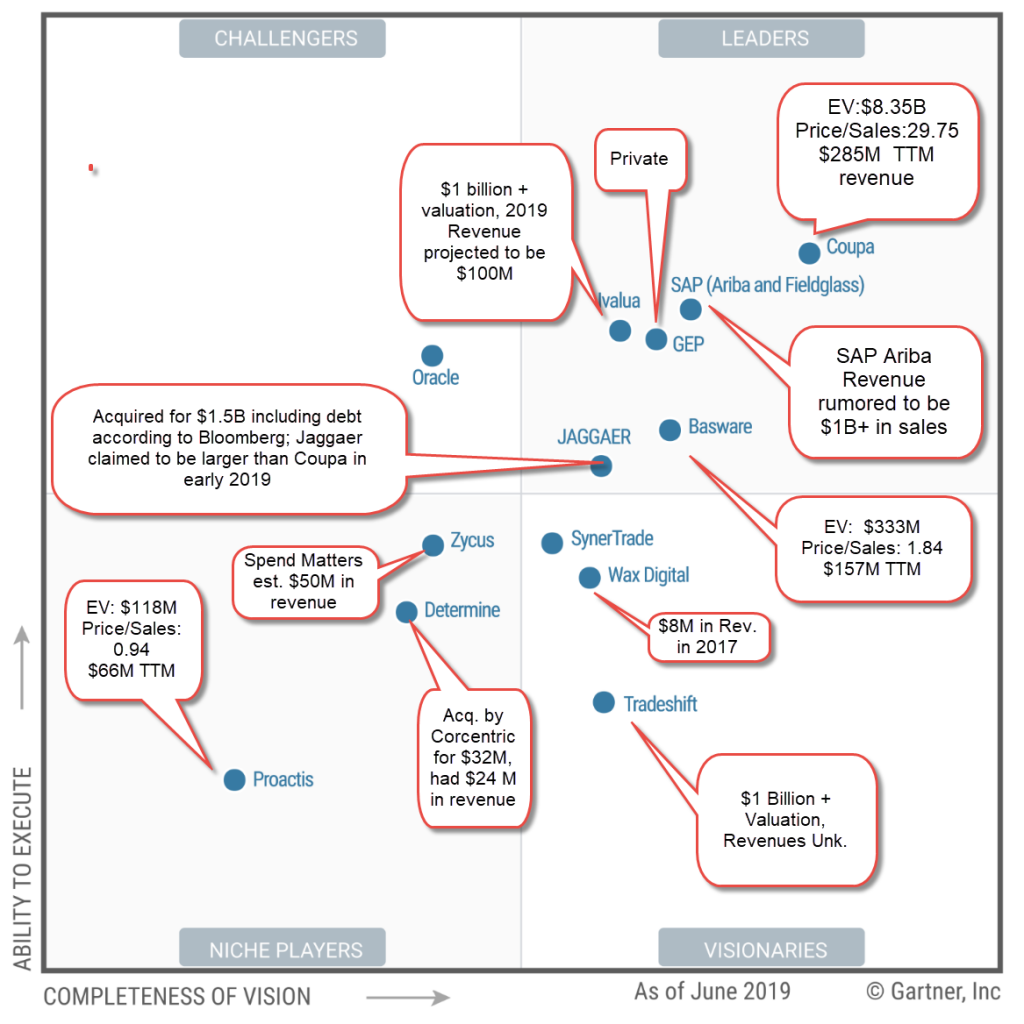 I provided company valuations and revenue estimates when I could find them.  Procure-to-pay suite revenue is, unfortunately, buried deep within Oracle and Synertrade’s parent company Econocom Group, so it was not available for these two companies.

Coupa stands out in the 2019 Magic Quadrant for Procure-to-Pay Suites in terms of its valuation ($8.5B) and growth rate.  The company recently reported year-over-year revenue growth of 44%.  As a result, COUP’s valuation multiple has been richly rewarded.   Just compare Coupa’s valuation to its closest comparables:

When I joined Ariba in 2000, ARBA had a market cap of $40 billion.  A couple of years later, the market cap was under $500 million.  (The same story can be told of Concur–even more dramatically.)  If you had told me in 2001 that the procure-to-pay suite market would have generated $20 billion in market cap again, I would have told you were crazy.  But, the market has become a well-established one that has attracted significant strategic and financial buyer interest.

New procure-to-pay suites are formed every day typically with their own twists:

Valuations will come and go, but the underlying market remains a solid one.