I am a little late to a hot buzzword in B2B software: “regtech”.  As the Google Trends chart below shows, “regtech” gained currency throughout 2016 and peaked in interest, not surprisingly, around election time.  Also not surprisingly, the term seems to have suffered a “Trump slump” with early promises of deregulation. Searches for “regtech” have resurged recently as people realized, perhaps, deregulation might be slow to materialize! 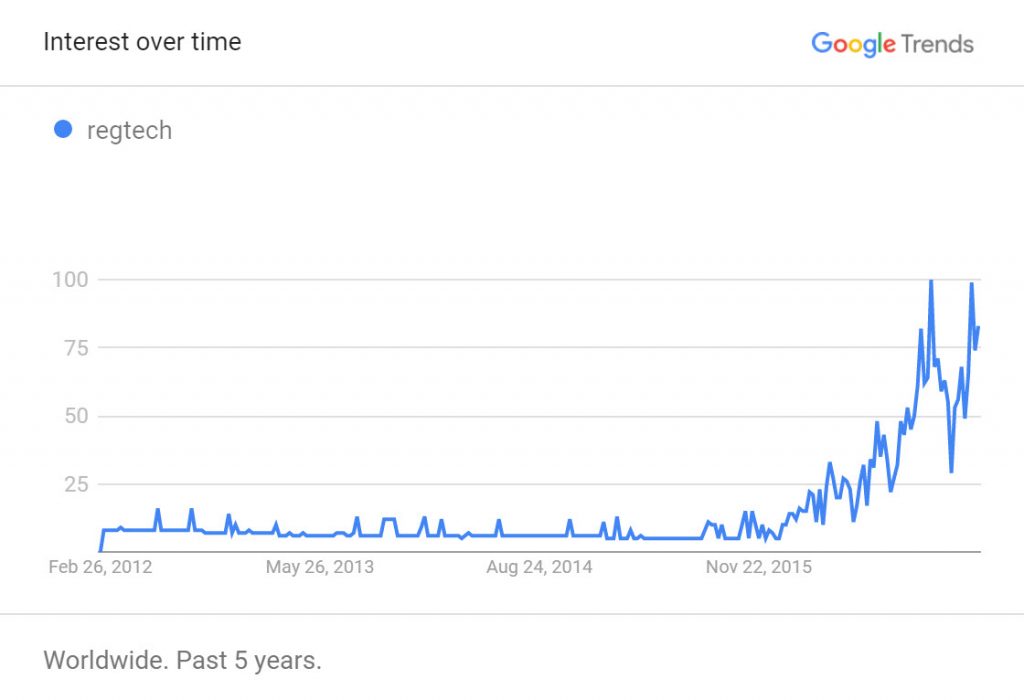 While I’m new to the term “regtech”, I’m not new to the concept. Regtech seems to broadly mean B2B SaaS software designed to help companies manage compliance with regulations and/or risk more generally.  Using this definition of regtech, the only part of the concept that is relatively new is the SaaS part!

My First Brush With Regtech

My first encounter with regtech was in the early ’90s.  Indeed, I went to work for a food testing company in part because new FDA regulations were being issued requiring all food products to have a Nutrition Facts Panel. Our company did the testing to help companies establish the nutritional content of their products.  And thanks to a very bright colleague of mine, we also jury-rigged Microsoft Excel to produce the labels according to FDA’s highly detailed specifications.  Both the testing and the labeling software part of the service were big successes.  Since then, I’ve seen the power (and sometimes peril) of regulatory-related opportunities.

A Tech for Every Reg

The truth is that for almost any regulation, regardless of domain, a smart B2B software company with domain expertise  was probably formed to take advantage of that regulation.  Some examples of regulatory areas and companies that have been around a long time to serve them are:

I could go on and on.  The point is that selling software to meet the compliance needs of large corporations, especially in regulated industries, is a well-known, lucrative strategy. The only thing new are the regulations themselves.  And in some case the size and scope of those regulations:  such as ACA in healthcare and Dodd-Frank in finance.

Below is a lovely graphic from CBInsights of Regtech companies that have received equity investments of at least $1M since 2015: 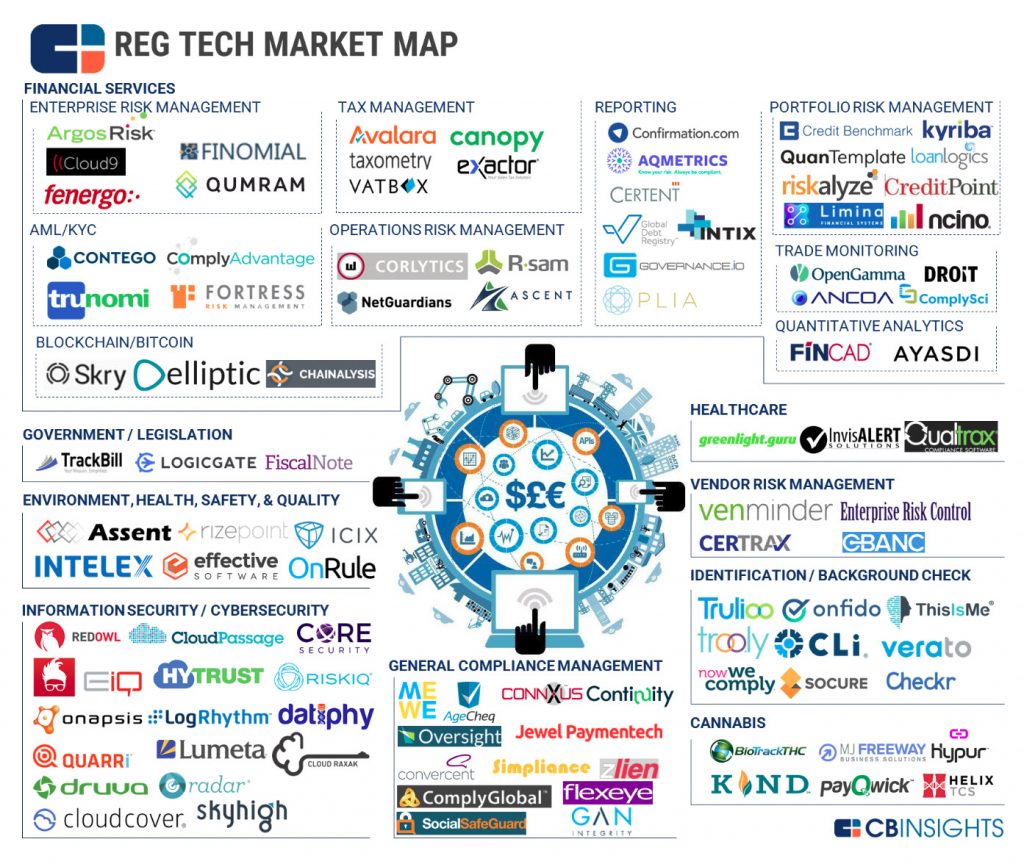 The folks at CBInsights do great work.  This market map has a nice segmentation with a lot of really interesting companies on it. But none of the companies I listed above are on the map–even though many met the criteria. In fact, I chose that list of examples for two reasons:

b) a few of those companies are my clients, so why not give them some publicity!

I do like  the “regtech” moniker.  I’m also a big believer that large B2B SaaS platforms can be built by helping companies comply with vertical or horizontal regulations.  Regtech companies prove that not all B2B SaaS platforms need to be engaged in commerce to be successful.  Having said that, it also useful to remember that while the regtech moniker is new, the companies and the strategies are not.