Back to the Future

This headline from yesterday, not 1996, really caught my attention:

Kinnek is a site that allows companies to post their Requests For Quotations (RFQs)(presumably for slightly arcane vertical-specific equipment or supplies–otherwise Grainger, Staples or Amazon might do) and collect quotes from qualified, rated vendors.  Vendors will presumably pay to subscribe to certain categories and/or pay a success fee.

Kinnek is an example of Matchmaking, one of the nine value propositions B2B Industry cloud platforms provide.  Matchmaking in B2B has been around since before the dawn of the millennium.  For example, some of the best people I have met in software were at SupplierMarket in 2000 trying to do the same thing in manufactured parts when Ariba bought them for $581 million (thankfully in stock).  Since then almost every industry and some cross industry companies have tried a form of this RFQ monetization:

There are many more matchmakers that have gone by the wayside.  This is a really hard business, especially in the SMB segment where Kinnek seems to be playing. There are all sorts of reasons these businesses are hard and take a lot of capital:

These businesses monetize a flow of RFQs that they generate.  How Kinnek will economically generate that flow is the critical question.  The Matrix people are very smart and make a lot of good investments.  Perhaps they have an answer to that question that I have not found or perhaps they are willing to spend even more capital. If not, they may eventually be calling it DisKinnek. 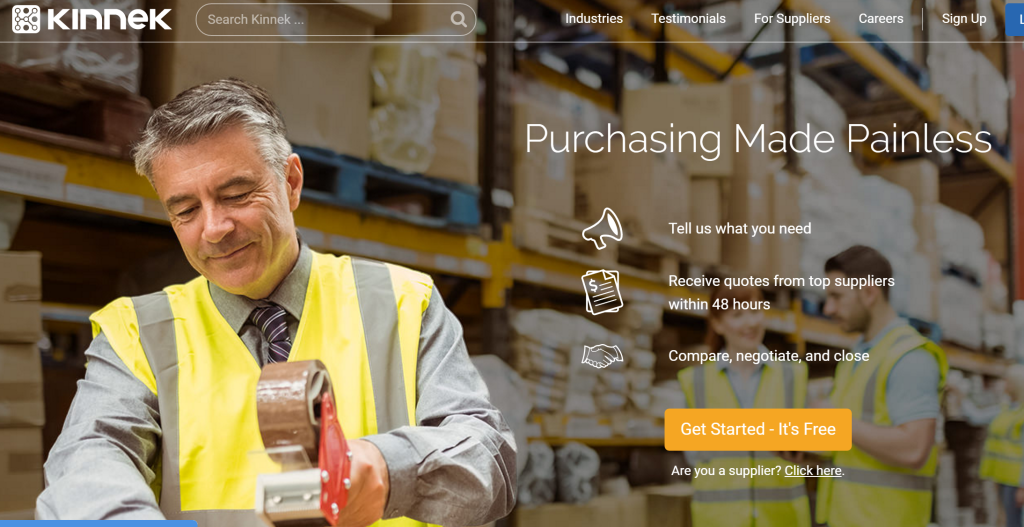