Large enterprises automate their marketing functions with a tool such as Eloqua (now Oracle) or Marketo, which is public at a valuation of 11x sales.  Small, local businesses may use Yodle which filed to go public and whose prospectus I reviewed here.  “Goldilocks”, in the form of Hubspot, which targets the mid-market (10-2000 employees) has also filed to go public.  After a few week delay, I have been able to review their prospectus.

For several reasons, I’m happy to say that unlike Upland, this prospectus was a joy to read:

1.   Hubspot makes it very clear what they do and how they do it, with simple to understand graphics.  This simplicity is important for scaling among mid-market companies who are not likely to have many full-time marketing people: 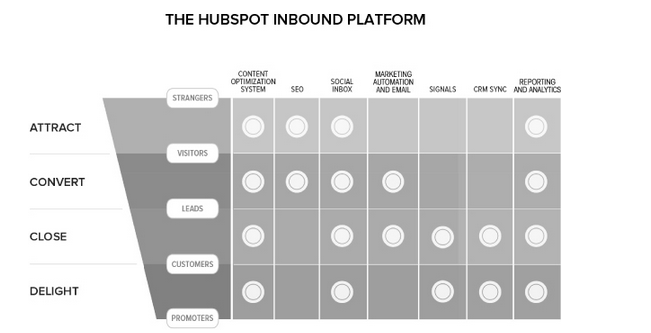 2.  Hubspot keeps the product line and pricing simple , with three seemingly well-tailored offerings.  (“Goldilocks” in their versioning too!)  Again, a critical element for scaling.

3.  Unlike many SaaS companies that are going public, Hubspot transparently provides key SaaS metrics.  Hubspot indicates that for the latest three months ended June 2014, their subscription dollar rate of retention is 90.3%, but more important, they also show that it has been rising nicely.  Hubspot also pegs its CAC at about $12k, unfortunately this figure has been rising as well.  Hubspot will have to prove they can stem this growth in CAC.  Hubspot’s ARR is about $9k, and is also rising nicely.

4.  Hubspot has built an impressive ecosystem for penetrating the mid- market.  Critical elements of this ecosystem are 1900 agency partners: 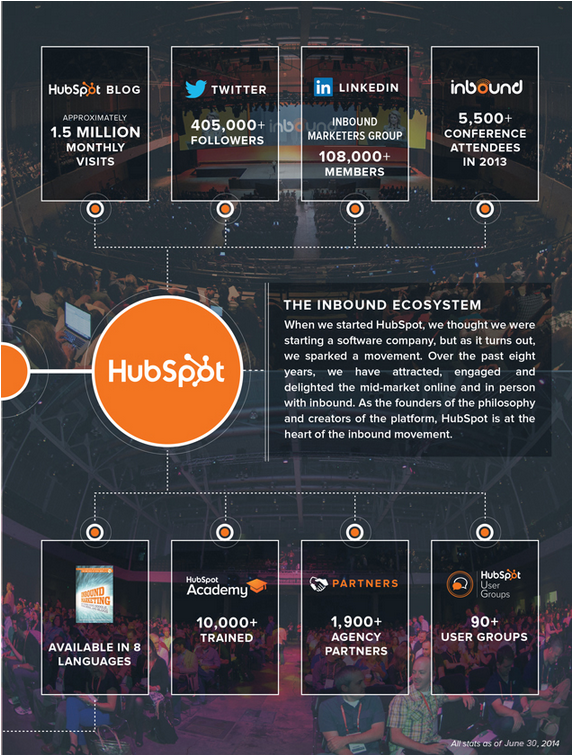 I’d want to talk to agencies and clients to be sure everything is as good as it looks, but Hubspot certainly seems to have the right positioning for the mid-market.   I normally try to avoid the mid-market, as the cost to serve can be high, while the revenue is often not commensurate.  Hubspot may be unlocking the keys to this market.

The Hubspot IPO will likely be very hot and will have a valuation not too different from Marketo.  As a reformed value investor, I will be unlikely to partake, but it will be fun to watch.  I’m rooting for them.