Everyone once in a while, the average investor gets the chance to invest in a company that has a special relationship with the government, a unique business structure, or a special antitrust exemption.  Fannie Mae was one.  Visa and Mastercard were cooperatives owned by member banks and until recently seemed immune from antitrust issues. Neustar is another.  (Major League Baseball and NFL franchises are examples for wealthy investors.)

My limited experience is that In most cases, these investments seem to work out just swell–unless and until–the regulatory environment changes.

Investors now have another chance to invest in one of these unique entities, this time with a B2B supply chain twist, in the form of Premier (PINC), which went public yesterday.

When I first heard that Premier was going public, I went to their website.  It took quite some time to assure myself that it was the same Premier I had known five years earlier. You see, Premier derives about 76% of its revenue from its role as a Group Purchasing Organization or “GPO”, but this is now called “Supply Chain Services”. (A GPO is a group of like-minded organizations, in this case hospitals, that band together to pool their purchasing power and negotiate contracts with their suppliers of all sorts items ranging from band-aids to hip replacements.)  In this case the GPO is owned by 181 hospitals (57% of US hospitals participate in their programs), health systems, and other healthcare organizations.

A GPO makes money by charging the suppliers it contracts with a small “contract administrative” fee.  Think of it like a slotting, marketing, or administrative fee for having access to the huge client base represented by the owners of the GPO.  The owners of the GPO use this money to run the GPO and in some cases also receive back a portion of these fees (“cash sharebacks” or “revenue share”) for each dollar they spend on the contracts.

As the GAO says:

“These fees are GPOs’ main source of operating revenue, which they are allowed to collect if they meet the requirements of a safe harbor to the “anti-kickback” provision of the Social Security Act—known as the Anti-Kickback statute—which would otherwise prohibit such fees.”  Just Google “GPOs and the GAO” if you want to learn more about this complicated subject.  The bottom line is that GPOs can collect this money if they follow certain regulations, which turn out to be, according to some, rather lightly enforced.

I’m not going to weigh in on the use of the term “kickback”–after all, everyone receives “kickbacks” for using credit cards or “p-cards” whose costs are borne by the merchants. (Where did you think all those airline miles were coming from?)  It’s the nature of pricing in “two-sided” markets.  But here is what I will note:

All in all, I like this one–until the Feds come calling!

PS.  I know I was not going to write about the stock market any more, but IPOs are back to the 2007 level and B2B enterprise software is hot, so it is rather unavoidable.  It’s a great time to be a B2B Enterprise software wonk. 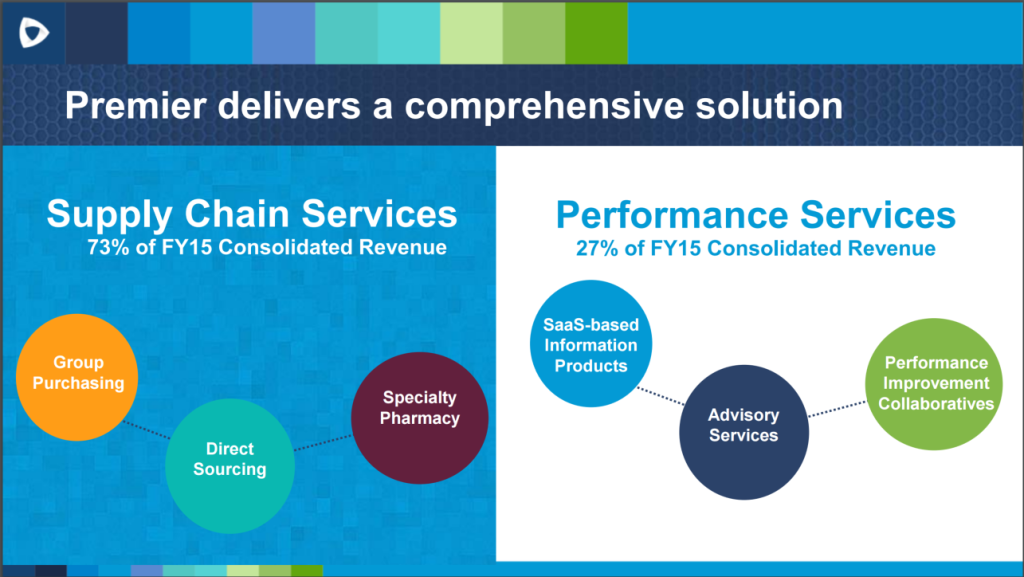