The New York Times wrote an  article (yesterday) and published an editorial on the issue of “information blocking” by software providers and their users (hospitals and labs) in the electronic medical records market.  Information blocking is defined as “when groups knowingly and unreasonably interfere with the exchange or use of electronic health information.”  For those of us in the tech sector, information blocking is also known as “dragging your feet”, “adding some friction/grit”, or imposing economic barriers to interoperability.

Interoperability:  Good for the patient, less clear for the provider

The federal government has spent almost $29 billion in incentives to encourage use of electronic medical records by healthcare providers. Electronic medical records are expected to improve the quality of care and reduce health care costs.  Clearly there are some successes in this market, based on companies we read about like Inovalon.  But, according to a report to Congress  from The Office of the National Coordinator for Health Information Technology (ONC) of the Department of Health and Human Services efforts to share these medical records are being impeded by existing players in the market. 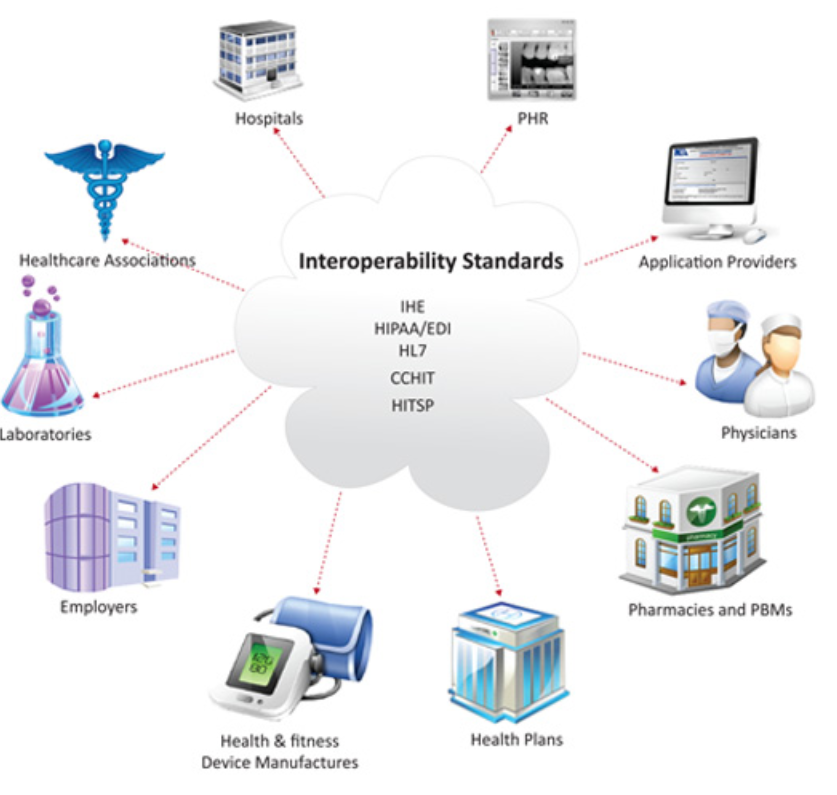 Any company that has ever built a fairly dominant platform or network (as the electronic medical records players have) understands the conundrum. As a platform provider, you have invested a lot of money penetrating the market and building market share.  All of a sudden, under the guise of interoperability, you see a bunch of small upstarts potentially free-riding on your investment to compete with you!  “How is that fair?”, you think to yourself.

Interoperability in electronic medical records makes sense for the end client (the patient), but it does not make a lot of economic sense for the hospital, lab, or software provider–especially in the short run.  The smart strategy for the incumbents is to “drag their feet”, or as Muhammad Ali called it “The Rope a Dope”.   Incumbents will claim to support interoperability and open standards, but will also limit the investment in adaptors, APIs, and consulting to make it happen. Incumbents will make it possible, but a little painful, for those who want the data to actually get it.

Based on the New York Times article, this may be what is happening in the electronic medical records market.  The article has accusations being leveled by the relatively new guy on the block, AthenaHealth, and one of the incumbents, Epic, saying they do not participate in such activities. Cerner, another big player is mentioned, but not quoted.  The New York Times, liberal publication that it is, of course wants regulation.  And Congress is starting to oblige.

Bring on the Feds?

I’ve written before (here) on the issue of interoperability between networks/platforms.  I’ve also studied how interoperability has been achieved (or thwarted) in everything from rail systems to pallets to cell phone chargers to instant messaging systems.  (You can find a deck on this topic in the Resources section of my website.)  Not surprisingly, the lesson from this work is that interoperability is often a messy and long-term affair.  If the industry players do not address it for their own good, it often does take some form of governmental pressure or at least standards making to make it happen in some reasonable time frame.

Look for battle between electronic medical records vendors to be played out in the marketplace and with the regulators.  Increasingly, this is the life of platform providers.  You need a strategy for every side of the platform, including Washington!